In Remembrance of Laurie Kahn With great sadness, we share the news that Laurie Kahn, our founder, friend, and mentor, passed away peacefully, surrounded by those who love her.  Through her work, she forever changed the face of the media industry, and we are grateful for the time and kindness she so generously gave. She was a privilege to know and love.

After a reoccurrence of metastatic breast cancer, Laurie, ever the fighter, started her blog, Candid Cancer Convos, so that others could learn from her experience navigating incurable cancer.  To celebrate her life, Laurie requested donations be made to the Mayo Clinic to fund metastatic breast cancer research in Arizona.   Laurie was a force for good in this world, and we’re thankful to have been a part of a joyful life taken too soon.

Lauren Gayle Kahn, sister, wife, aunt, great aunt, businesswoman, inspiration to young women, cat lover and personification of charisma, sadly passed away peacefully at her home in Scottsdale, AZ on October 27th surrounded by her loved ones. Known lovingly by her nieces, nephews, and step-granddaughters as LaLa, Laurie touched many with her quick wit, big heart, willingness to help others and a sense of humor that came with an infectious laugh. Born June 10, 1954 in Des Moines, Iowa to Morris O Kahn Jr(Bud) and Beverly Sanders Kahn, Laurie grew up and attended school in Newton Iowa. She was a very active child that started winning the hearts of many at a young age and grew into a beautiful energetic woman with a gusto for life and willingness to take on the biggest of challenges. After graduation from Newton High School in 1973, she attended Stephens College in Columbia, MO following in the footsteps of her mother and sister. When Laurie launched into the working world, she did it with confidence, energy and a sense of purpose. Laurie broke many barriers for women in the media field becoming an influential and key voice in the industry. Laurie founded the business of Media Staffing Network in 1993 creating a powerhouse in the radio and TV talent recruitment arena setting high standards for over three decades for her many colleagues and industry leaders alike. Laurie was proceeded in death by parents Beverly and Bud Kahn, grandparents Hazel and Morris Sanders, grandparents M.O. and Gretchen Kahn and stepbrother Mathew Kahn. She is survived by her stepmother Roberta Kahn( Dave Ely), husband Herb Dougall, his children Jamey Dougall(Kandice) their daughters Maddy and Lacie Dougall, daughter Vanessa Dougall Allgood(Keith) and son Nathan Dougall, sister Cynthia Kahn Thorson(Craig), brother Gary Sanders Kahn(Janie), stepsister Cece Ibson(Wendell Eck), nephew Dr. Mitchell Humphreys(Angie), great nieces Haylie and Harper Humphreys, nephew Rob Kahn(Kristen), nieces Megan Kahn, Mollie Kahn Albright(Mike), great nephews Cameron and Cooper Albright, great nieces J.J. and Gia Kahn, and step-niece and nephew Zoey and Kiernan Wagner. After bravely facing the recurrence of cancer her motivation to help others resulted in the development of her blog, Candid Conversations about Cancer. Laurie was the queen of personality and always loved to create wonderful opportunities to gather friends and relatives. Her wish was that there be no funeral or tears, just smiles, laughter and good memories. The family asks that in lieu of flowers we honor her request to send heartfelt donations to Mayo Clinic’s Metastatic Breast Cancer Research in Arizona.

View the Obituary in the Arizona Republic

Think of it like An Easy Button for your career

Sign up for our newsletter and we’ll deliver exciting and new job openings straight to your inbox. 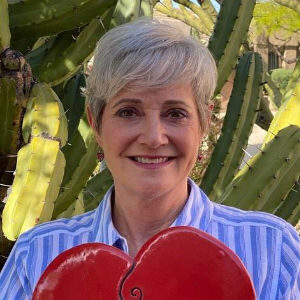 Announcing the “Speak Up!” Partnership in Memory of Laurie Kahn

With mixed emotions, Mentoring and Inspiring Women in Radio, Inc. (MIW), a 501(c)(3) charitable organization dedicated to the advancement of female leadership in radio broadcasting,

The 2023 Sales Compensation Survey is open!

Find out how your income compares to your peers by taking the 2023 Sales Compensation Survey.  It’s quick, it’s confidential, and we’ll send you an advance copy of the results in April.

Take the Survey
No, thanks. Take me to the website. 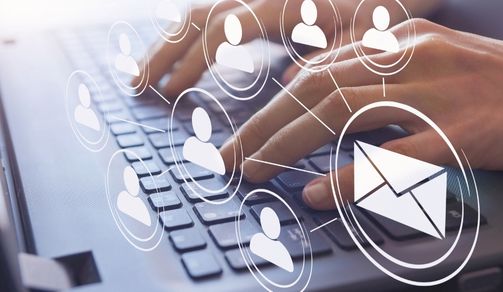 Subscribe to our newsletter to find out what jobs we’re hiring for and how you can brand your company as an employer of choice.